Combining Passion with Purpose: How Lily Cooper Worked Remotely as an Architect

“My Money Fomo experience really gave me the space to figure out what I prioritize and what matters to me, and then the freedom and the bravery to do something different." - Lily Cooper 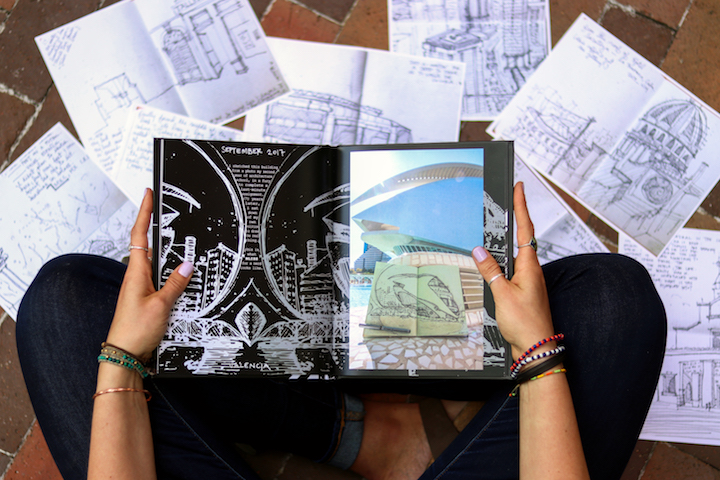 Often times, we spend our entire lives trying to reach the next milestone or the next rung on the ladder, that other people insist we need to reach or climb. We’ve been told that if we can just take one more step then we’ll be happy and fulfilled.

We subscribe to this formulaic guide to happiness, laying out strategic plans for how our lives will play out in the best case scenario. An unfortunate side effect of this lifestyle is a lack of self-reflection. We may not look inward to see if we have changed or grown in any way along our journey. Sometimes, we can reach the top without ever evolving as people and look back down at the path that we followed and wonder how we ended up here and if it was truly worth it.

Ready to invest in your personal development? Learn how joining a work and travel program can help launch you to the next version of you.

When Lily Cooper decided to join Money Fomo, her only focus wasn’t on personal development - she just knew that she had to get off of the traditional path that she was on.

“I was working full-time for a corporate architecture firm out of Kansas City. I had been there for almost three years, working from 8 a.m. - 5:30 p.m. or more every single week and going into a pretty traditional office setting with good people, but I was in a position where I wasn’t very happy with exactly what I was working on.”

“I had a coworker who had a friend who was on Money Fomo Cousteau. She was the one who told me about it. She said, ‘I don’t even know that you could do this as an architect or someone who works for our firm, but [my friend] reminds me a lot of you, so you should check it out.’”

“As soon as I read up on what [Money Fomo] was, it was something that I was determined to do.”

Lily knew she would have to talk to her boss about joining Money Fomo if she was going to make it happen. Because her job is not conventionally thought of as a remote career, she knew that she would need to go into the meeting with resources and facts to help prove that she could work remotely as an architect.

15 pages later, Lily had a business case that was sure to make an impact on her boss’s decision. Before she scheduled the meeting, she had one more person that she needed to consult with: her mom.

“My mom, who is a part owner in a business and very wise, told me, ‘I think that because they know you well and they care about you, you should approach it from a human angle. Say, ‘This is what Money Fomo is. This experience is important to me. Is there any way that we can make this work?”

“So that’s what I did. At the end of my presentation, [my boss] just kind of sat for a second and looked at me and said, ‘If we can make it work I don’t see why not. I appreciate you having the courage to ask because most people don’t.”“I think there were two things that allowed me to be successful with my ask,” Lily said. “I think it was being brave enough to propose something so different but also having established a really good relationship with him and building that trust.”With facts in hand and a human connection that had been formed over three years of trust and  proven results, Lily’s boss approved her to work remotely for an entire year as an architect. On January 1st, 2017, Lily landed in Mexico City with the rest of Money Fomo Meraki, ready to take on the adventure that awaited them.

What is it like to Work Remotely as an Architect?

When Lily first decided that she was going to go on Money Fomo, she knew that the idea of working remotely as an architect was a novel one.

“Traditionally, being an architect hasn’t been thought of as a remote job so people don’t think about it as a possibility,” Lily said. “I think there are a lot of aspects of being an architect that you can’t do remotely. I can’t be on a construction site. I can’t be in a collaborative face-to-face design meeting. However, I worked in an office of 50 people and no one does all of those things, so it was really easy for me to find more than enough remote work to keep me busy for 40-50 hours a week.”

Lily’s firm was flexible with her in that they were willing to adjust her role in order to make it more remote-friendly. She was able to transition into working on anywhere from nine to twelve smaller projects at a time, where she could essentially control the process from start to finish.

“I was able to design them, manage them, do the construction administration, consult with my engineers all on my own,” Lily said. “There wasn’t a lot of need for back and forth between me and my architectural team because I was able to do all of it myself [on these smaller projects]. I did have monthly calls with my managing partner and weekly calls with my direct project manager, but I was able to sustain these individual projects on the road.”

However, the individual nature of her remote work did start to wear a bit on Lily. She soon found herself working more hours remotely than she had in the office, while trying to take part in every experience that Money Fomo has to offer. After awhile, she had a conversation with her boss and was able to reevaluate her workload to ensure that she was working 40 hours a week, and that within that 40 hours she could complete all of her necessary tasks.

“I think the challenge of working remotely for the first time is the belief that everyone else assumes that you’re not doing anything,” Lily said. “Sometimes you kill yourself to overcompensate and then come to find out that this was never the case.

Once Lily settled into the rhythm of remote work and was able to better manage her workload, the opportunities for growth and cultural learning grew tenfold.

“I realized that by being out of the office I was able to experience the things that are really important to me. I did a lot of sketching and art projects that allowed me to see cultures more clearly and, in a more relatable way, show people that I was traveling with, and local people, what it is that I do,” Lily said. “I was able to do a few workshops on Money Fomo about what it means to use sketching, art and journaling to see things at a deeper level. I wanted to help non-architects understand that by looking at things just a bit longer, they could really engage with people and places.”

“It was the first time in nine years that I hadn’t been surrounded by architects and I think it was good for me to step away from the normal conversations that happen in architectural offices and decide what it is that I care about, without being influenced by others’ opinions.”

That passion for architecture and cultural appreciation came full circle when Lily happened upon a building in Valencia that she had sketched for a class while she was in grad school.

“There’s a building there by Santiago Calatrava that I had studied in school and I knew was in Spain but didn’t realize was in Valencia. I went for a run with a friend the first weekend we were there, we came around the corner and there it was in front of me. So I sketched it a second time,” Lily said.

“On Money Fomo, I learned  that everyone, regardless of them being a designer or an architect by profession, has an interest in architecture. I really love sharing how I experience the world, and equally love watching people get excited about  art and design.”

When Passion and Purpose Collide

That was the first of many realizations that Lily would have on her Money Fomo experience. Not only was her passion for architecture coming alive in a new way, she was finding new ways in which her skills could translate into creating a better world.

Medellín was a city that moved Lily in ways that she did not expect. It’s fraught history and subsequent transformation directly relate to architecture, including public transportation and public art.

“I had a meeting with a woman there who is a lawyer by trade, but works for the government helping demilitarized para-militia groups reintegrate into society.  She has programs set up to help their families and funding for different side projects,” Lily said.

“The lunch she and I had changed my life. It was then that I knew that this was the kind of work I needed to be doing.”

After Money Fomo, the thought of making a worldwide impact with her career stuck with Lily.

“My Money Fomo experience really gave me the space to figure out what I prioritize and what matters to me, and then the freedom and the bravery to do something different,” Lily said.

Lily Cooper recently released a compilation of her sketches from Money Fomo entitled Pen and Ink. It is now available for purchase. Lily is currently in India doing nonprofit work with Critical Places.